National Herald “The author brilliantly narrates the rise, the fall, the survival and psychology of the jihadists…The book scores over major available literatures on ISIS as it stresses the personal accounts of jihadists. The psychological readings of the people who became the agents of this ‘Hollow Kingdom’ tell a chilling story of how the minds of these people have been lost to ideological blindness. The Hollow Kingdom: ISIS and the Cult of Jihad by Edna Fernandes traces those questions by examining the ideology of ISIS and its birth from the fires of the 2003 Iraq war. The author finds the ideological roots of IS in the Wahhabi brand of Islam and argues that globalisation of Wahhabi doctrine tied with petro dollars “eroded centuries of mainstream pluralism”. https://www.nationalheraldindia.com/reviews-recommendations/the-ideology-of-isis-a-global-threat

Millennium Post: “Astute, insightful, meaningful…anybody seeking an understanding of how the terror group works can be enlightened by this well-researched piece of excellence. The book is an easy read with mammoth details. It describes the psychology behind the terror group, their ideology, how the group was created and how it manipulates the minds of innocents.”

Business Standard: “This book is a timely warning against complacency. Edna Fernandes points out that increasing Islamophobia, with its attendant “politics of rage”, facilitates the allure of extremism…As she thoughtfully asserts: ‘Trump and ISIS are two sides of the same political coin’.”&nbsp

Read the full analysis of the book, “Worldwide Web of Terror”, by FORCE: The National Security and Aerospace Magazine. http://forceindia.net/books/worldwide-web-terror/ 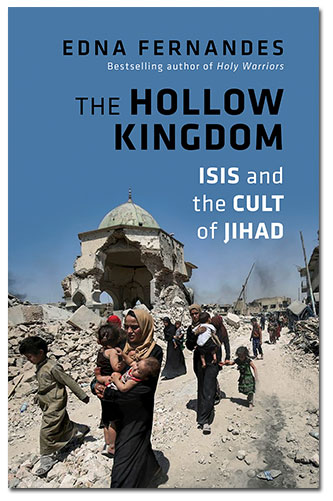